Singer-songwriter Kenshi Yonezu (28), the animated film”Kaiju No Kid”(Watanabe Ayumu, 6/7 released), in charge of the theme song that 23, was found. In this year’s No. 1 new song, “The Ghost of the sea”(undecided), Yonezu wrote the first movie theme song.

The film is a marine adventure story by Daisuke Igarashi. The 16th Louvre special exhibition ” Louvre No. Since Yonezu was in charge of the official image song for 9-manga and 9-the art, it is said that the two people continued to be close with each other, which led to the creation of the theme song this time. Yonezu, who read the original work in his 10’s, said, ‘ If you are going to make a video, I would like you to make a song, and I am deeply moved that it will be realized what I thought.’

“Lemon” was a big hit last year. It is said that the music continues to be produced even today, although expectations for new songs are expected to remain as it is. Yonezu said, ” in recent months, it has been a question-and-answer day that I can make something that is not to lose to what the original has, but to cuddle well with it. I’m looking forward to the day I’m in the movie theater.”

I am the president of an export company living in Tokyo. My hobbies are eating sushi and watching anime. Life is short. Time is money. YOLO! follow me on Instagram seigo34847.
Previous Ken Watanabe appeared in the world premiere event POKÉMON Detective Pikachu
Next Meaning of Sugoi (すごい/凄い) in Japanese 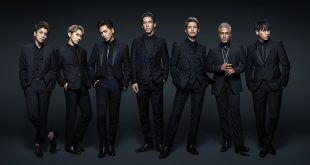 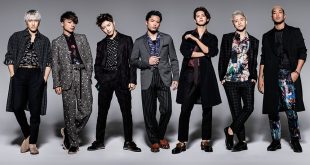