Have you ever heard of the Japanese phrase “Omae wa mou shindeiru.” before? It is a phrase commonly used in memes and often heard; thus, I will explain it. However, for those who have used it outside of Japan, one might think that maybe Japanese people say this in daily conversation or even use it casually.

This article will explain how often it is used and where it originated. Then, in the end, there will be specific information that includes the image of “Omae wa mou shindeiru” in the last part of this essay. Please enjoy this article. Whether a heavy user of this phrase or someone who has heard it a few times, you will learn more about its background and meaning while enriching your understanding of Japanese culture.

Where does the phrase “Omae wa mou shindeiru.” come from? 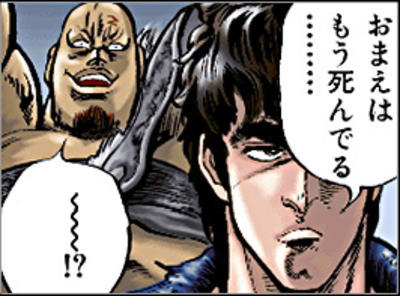 For those who recognize the Japanese words “Atah!” or “Hidebu!” you might have read or seen a Japanese manga called Hokuto no ken. Since the quote “Omae wa mou shindeiru.” was used so often in this manga, it is possible that most of those who have read and seen it may have learned it from there. The main character called, Kenshiro, says, “Omae wa mou shindeiru,” after he swiftly pushes many urns of enemies, killing them. Since the main character uses martial arts and moves pots of enemies, the way of killing enemies might be like the movie “Kiss of the dragon” of American film. In Hokuto no ken, Kenshiro kills enemies by moving his arms and legs very fast in a remarkable way. Kenshiro has to beat many enemies to meet and rescue his fiance, Yuria. Rao, the strongest and the last boss in Hokuto no Ken, kidnaped Yuria from Kenshiro.

Although this manga intends to be for boys, many girls also bought it. Hokuto no ken was not only popular among boys but girls too as the story not only contained martial arts abilities but romance. Even though the manga was very popular, some people had forbidden their kids from reading it because “Hokuto no ken” showed too much violence. However, due to the popularity of Japanese culture nowadays, Hokuto no ken is known in many countries. 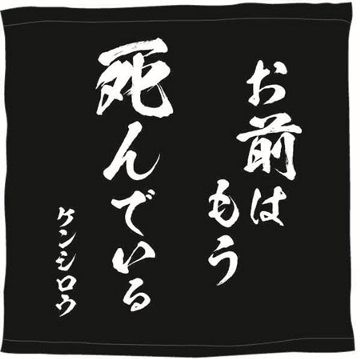 “Omae wa mou shindeiru.” means, “You are already dead.” in Japanese. It’s like “Hasta la vista.”(Go to hell)” in the 1991 American movie “Terminator 2: Judgment Day”. “Omae” is the male term for you. In the Japanese language, words are said differently based on gender. Of all of the different ways males can say the word you, “Omae” is the more rough or aggressive way to say it. “wa” means the verb, are (being). “mou” means already. “shindeiru” means dead. “Omae wa mou shindeiru.” sounds negative if people don’t know about Hokuto no ken, especially the word “Omae” which sounds too bossy, as if one was looking down upon the person to whom they are talking. Please don’t use “Omae wa mou shindeiru.” It is very authoritative, especially towards the elderly in Japan. Using this phrase is very rude since it does not use formal words, which is essential in Japanese culture when talking to people who should be approached with respect.

What does “Nani” mean in Japanese internet slang ?

Do Japanese people use “Omae wa mou shindeiru” in their conversation? 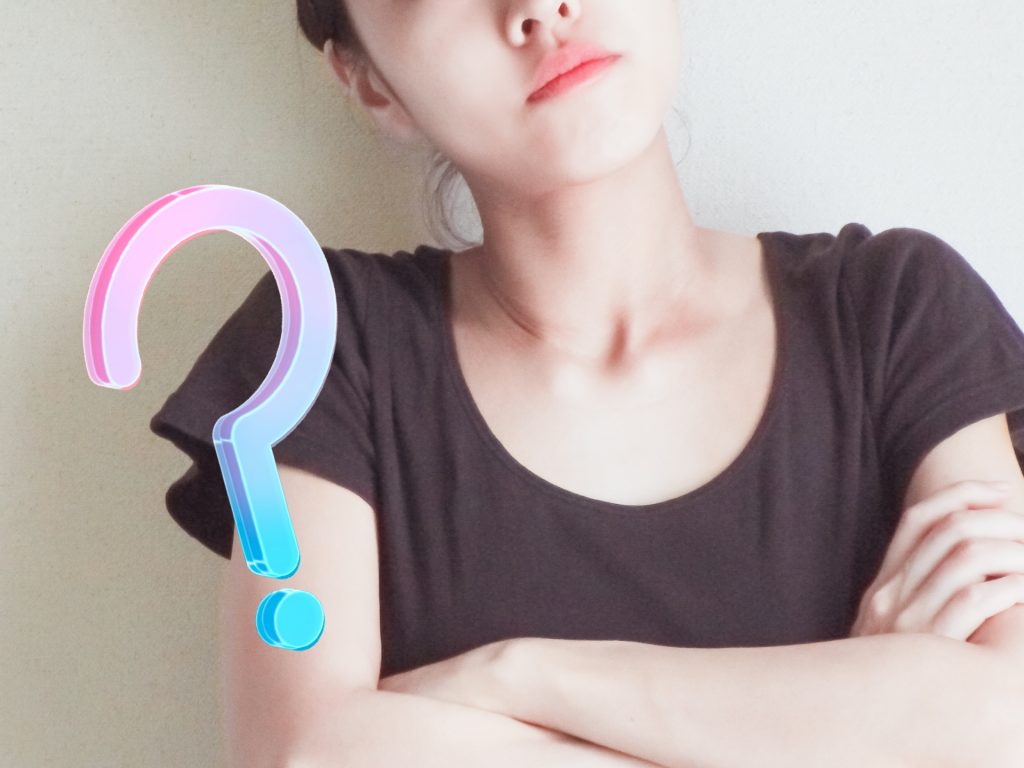 The present time, “No,” Japanese people do not use this phrase in their conversations, but about 30 years ago, it was common to say among kids. “Hokuto no ken” is quite an old manga. Such kids like me said “Omae wa mou shindeiru” in the classroom because it was such a common and popular sentence. “Hokuto no ken” was written in the weekly boy’s magazine “Shonen Jump.” During that time, “Shonen Jump” had a lot of exciting manga series such as Captain Tsubasa, Saint Seiya, Dr. Slump Arare chan, Cat’s eye, Kinniku man, and so on.

However, it was for boys; I went to buy the magazine every week after school. “Shonen Jump” wasn’t expensive, so many children could purchase these magazines and read them. The stories lasted the next week, so I was excited to buy the magazines after school. Other boys ran to buy the magazine to book shops, but I was told by them why I went to buy the magazine even though I am a girl. That was joking, though. So “Hokuto no ken” had social phenomena, including their parents reading the magazines. Then “Omae wa mou shindeiru.” was known by almost everyone at that time, but I didn’t know my parents used “Omae wa mou shindeiru” in their working places. Now people don’t use “Omae wa mou shindeiru” at all. Maybe some younger people don’t know the term in Japan. Although many younger Japanese people may not know this term, Hokuto no ken is still famous among those who love anime and manga and middle-aged people. If there is a desire to use this phrase, it recommends to use it towards the middle-aged group of people since they would recognize the word, then they might give you a reaction by saying, “Ah!” or “Hidebu!”. If told to the younger generation in Japan, it might take offensively unless they love anime and manga. Please be careful!

・Fist of the North Star, the most unforgettable line. Why is this line just stuck in my head?

・”you’ve already dead” It’s a line I don’t want to hear from a doctor.

・I always wonder where Kenshiro is getting new clothes. 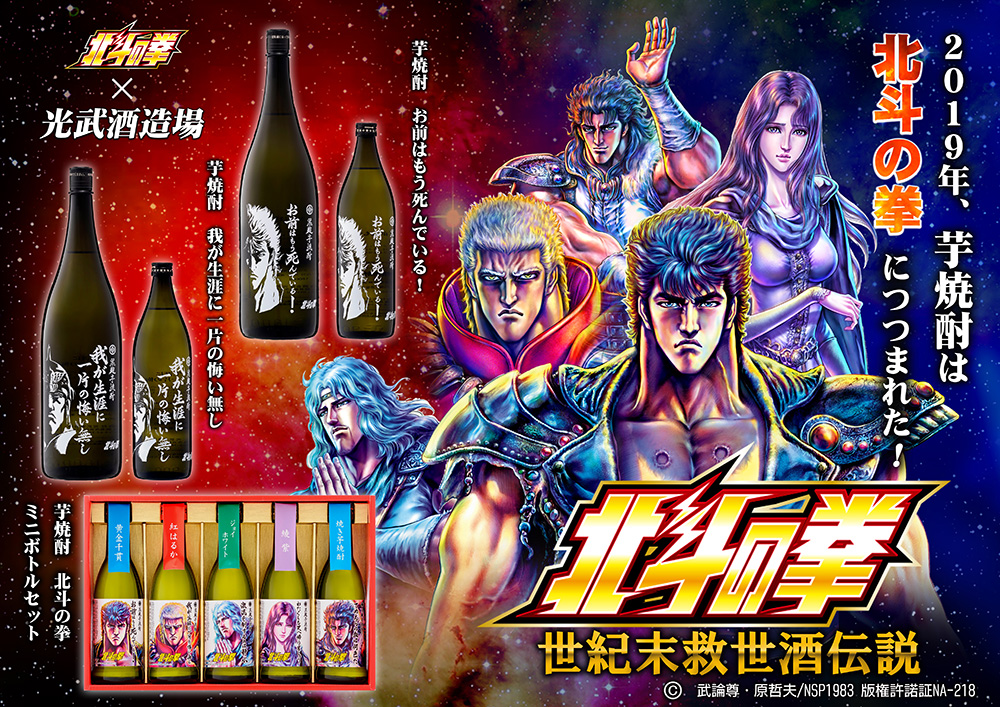 Even though some people may not have read Hokuto no ken due to their dislike towards the manga with too much violence, they would love Shochu because it’s Japanese sake. There are many Japanese alcoholic beverages such as Japanese beer, classical Japanese sake, Shochu, etc. Shochu is cheaper than other alcoholic beverages, and it wears off by the morning. So during company parties, many like to order Shochu so they can go to work the next day. The way to drink Shochu is to mix it with Umeboshi, Japanese pickles, or lemon, crush it with ice in the Shochu, then drink it.

The Shochu brand, “Omae wa mou shindeiru”, has the image of Hokuto no ken. Some of the bottles have the characteristics of Kenshiro, Yuria, Rao, etc. The strongest last boss, Rao, has a similar memorable phrase like “Omae wa mou shindeiru” during their battle. “Waga shogi ni Pippen no Kui nashi.” Quite hard to memorize when one is not a native Japanese speaker. This phrase means, “My life has no regrets at all.” Some Shochu bottles have “Waga shogai ni ippen no kui nashi.” written on there too. It is one of the two most enormous bottles following “Omae wa mou shindeiru.” of Kenshiro. The prices are 3,200yen for 1800ml and 1200yen for 900ml excluding tax. 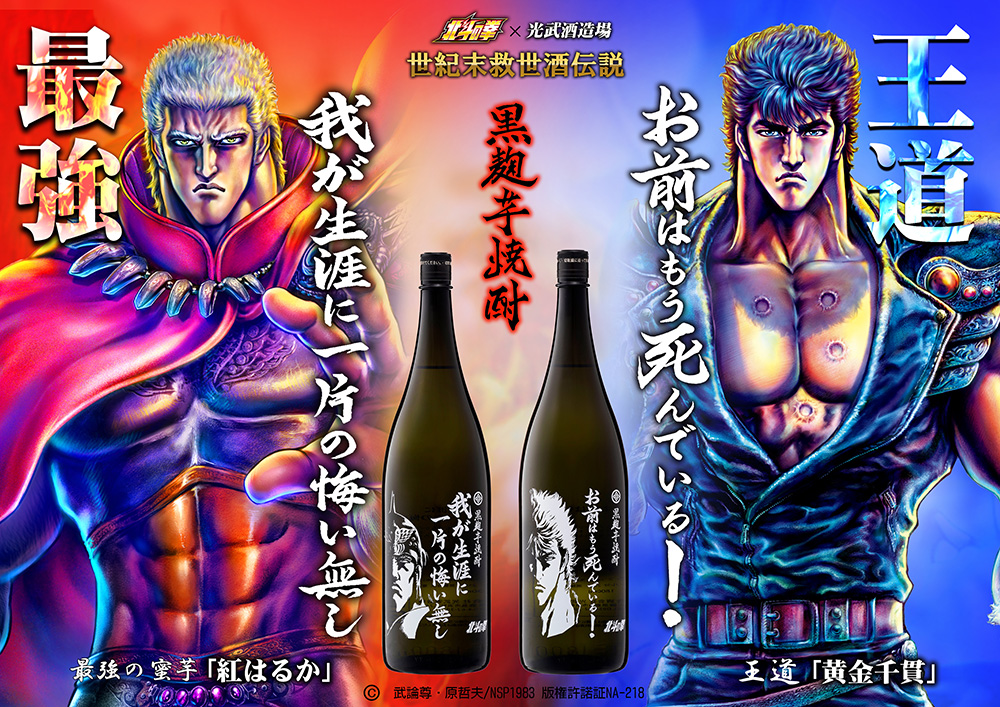 There is another set with five bottles. The collection includes Kenshiro, Yuria, Rao, Rei, and Toki. If you are a fan of Hokuto no Ken, a heavy user of “Omae wa mou shindeiru.” or even know someone who likes it, you might be happy with these Shochus. They might be suitable for gifts, too, as the five-bottle set is the price 4000yen without tax.

So now you would know the meaning of “Omae wa mou shindeiru” in Japanese. If you say,” Omae wa mou shindeiru,” to Japanese people, they might not recognize where the phrase is coming from nowadays. So it would be recommended that it is said to the middle-aged Japanese people. I think they would love it. For women like me, Kenshiro’s love power was so strong, and the story was romantic at the same time. Women would love to be helped by strong men. This is not for all middle age people, but they might remember the time of “Shonen Jump.” It is a pretty memorable time in the time for their families because the magazine had other good mangas, too.

Tags Fist of the North Star Hokuto no ken

I'm from Japan and 46 years old. England is the second place I stayed for long time. My favorite thing is music, especially dance music! I love shopping, too. Also I do house keeping with my work. Thank you.
Previous Meaning of Sugoi (すごい/凄い) in Japanese
Next 14 Must-Try Takoyaki Stores in Tokyo 2022 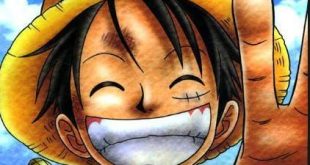 The Best ‘One Piece’ Quotes In Japanese 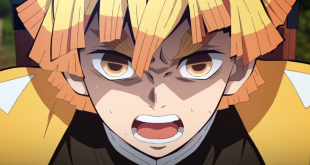 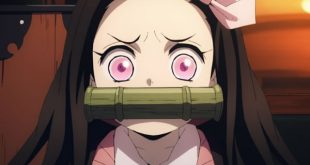 18 Best Quotes By Nezuko Kamado In Japanese From Demon Slayer